- October 01, 2013
September rolled to a close, and I managed to hit the first of these final months’ big goals. I got over the 121,098-word goal by a smidge, and am really happy with that. Today starts the second BIG goal (it’s the same as September’s) before the final month* which will probably be the hardest.

Next month has the added difficulty of getting a book back from an editor, so I’ll have to deal with the wordless void that comes from paying attention to an already-written book. But, I think it will be a nice change of pace all the same. Hopefully, it will help me get a little more focus. As it is now, I’m getting in my w/c by bouncing around from project to project. It keeps my brain from getting bored, but it certainly doesn’t feel like I’m getting anything finished!

So!
Here are my counts for the month of September: 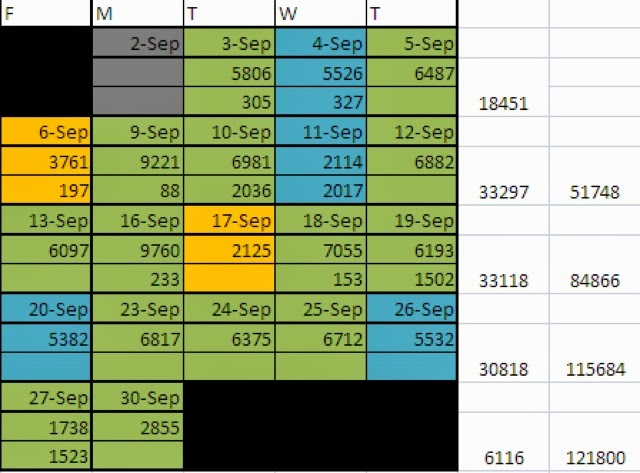 The Darwin Elevator by Jason M. Hough
What Happened at Midnight by Courtney Milan
Geist by Philippa Ballantine

I hope you had as productive a month as I did!
Happy Writing!
Courtney Milan Jason M. Hough Million Word Count Goal Philippa Ballantine Word Counts