In Review & Looking Ahead

This year was pretty spectacular for getting stuff done. I…

Bought (at least) one new release each month,
Read 77 books (passing my 60 book goal) – according to GoodReads
Wrote over 1 million words (finishing ahead of schedule!)
Finished 6 drafts (which is why I have a backlog of revisions!)
Put together an actual website (or two)
Published a Novella and a Novel in the Flynn Monroe Series
and….
Managed not to go postal on anyone. 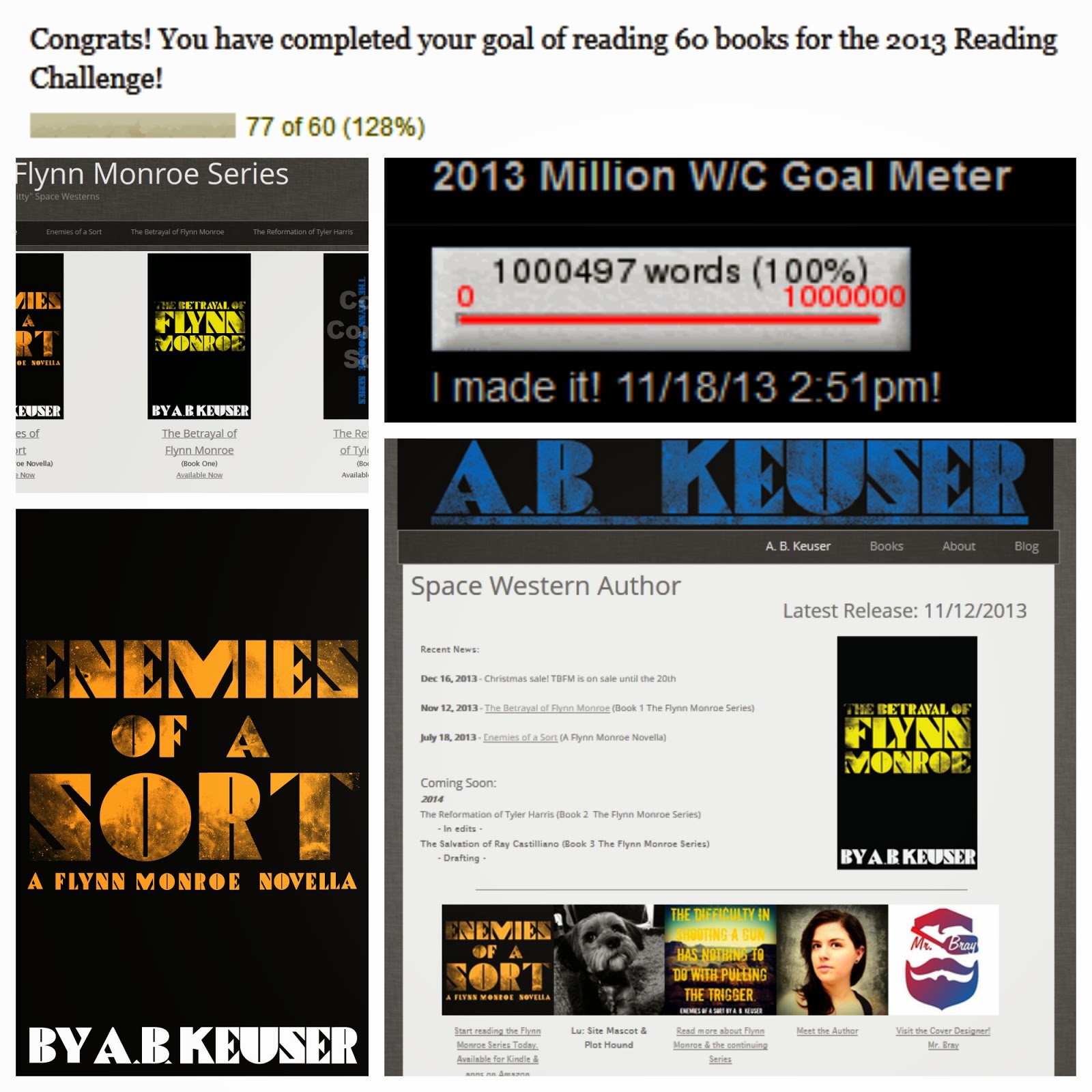 The only thing I didn’t get done, was the crazy amounts of revisions I wanted to (and that stack has only gotten higher!

Blogging:
I’m hoping to be more attentive to this blog next year. It’s a great way for me to keep track of my own stuff – which I find super helpful. And hopefully some of you who read it find what I say helpful on occasion.

I’ll also be working on reformatting the blog – I don’t like the way it looks now, or the fact that it’s not the easiest thing to read. So there will be some changes in store.

Reading:
I’m bumping up my goal this year – partially because I bought a TON of books last year and I really want to make getting them read a priority!

So I’m going to set my GoodReads reading challenge at 120 books!

Writing:
I’m not going to do another million word goal this year – though, I have to admit, it was a lot of fun. But I will have a monthly goal that I’ll want to stick to… it’ll just change each month.

This year’s w/c goals will be more about finishing specific books than getting in a set number of words.

Revising:
I’ve got a stack of things to revise (seven books, to be exact), and so my goal for revisions is to get them done and off to betas so they don’t stagnate. I’m probably going to try to revise one a month (fingers crossed).

Publishing:
My hope, is to get two more Flynn novels out this year, and a third novel that is related to the Flynn series, but separate. We’ll see how that goes!
Goals Million Word Count Goal My Writing Reading Revision Wars Year in Review