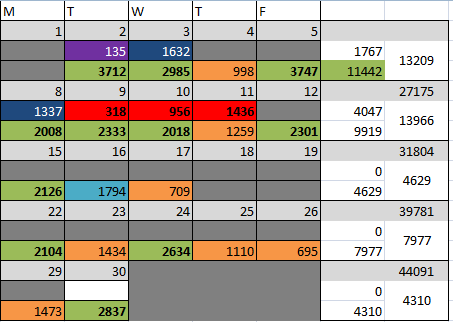 I managed to hit my month goal, which was nice after several months of low word count. It’s amazing how much things like formatting and marketing can get in your way… and oh yeah, that little thing called life.  I do have to be careful though… when I get too engrossed in meeting counts when I’m uber busy, I can and have found that I’ll forget to eat. Bad writer.
Drafts Finished: 1


I powered through a rewrite of what is probably the fifth draft of a short story that will go up in January. I’m so much happier with it this go around, and it’s finally at the word count it needs to be at.


The first revision was my first (or maybe second?) pass of the next Flynn Novella, the second was the input notes from beta #1. In all, I added a scant 2,845 to the two books and sent them off to their next reader. It’s like manuscript hot-potato over here. 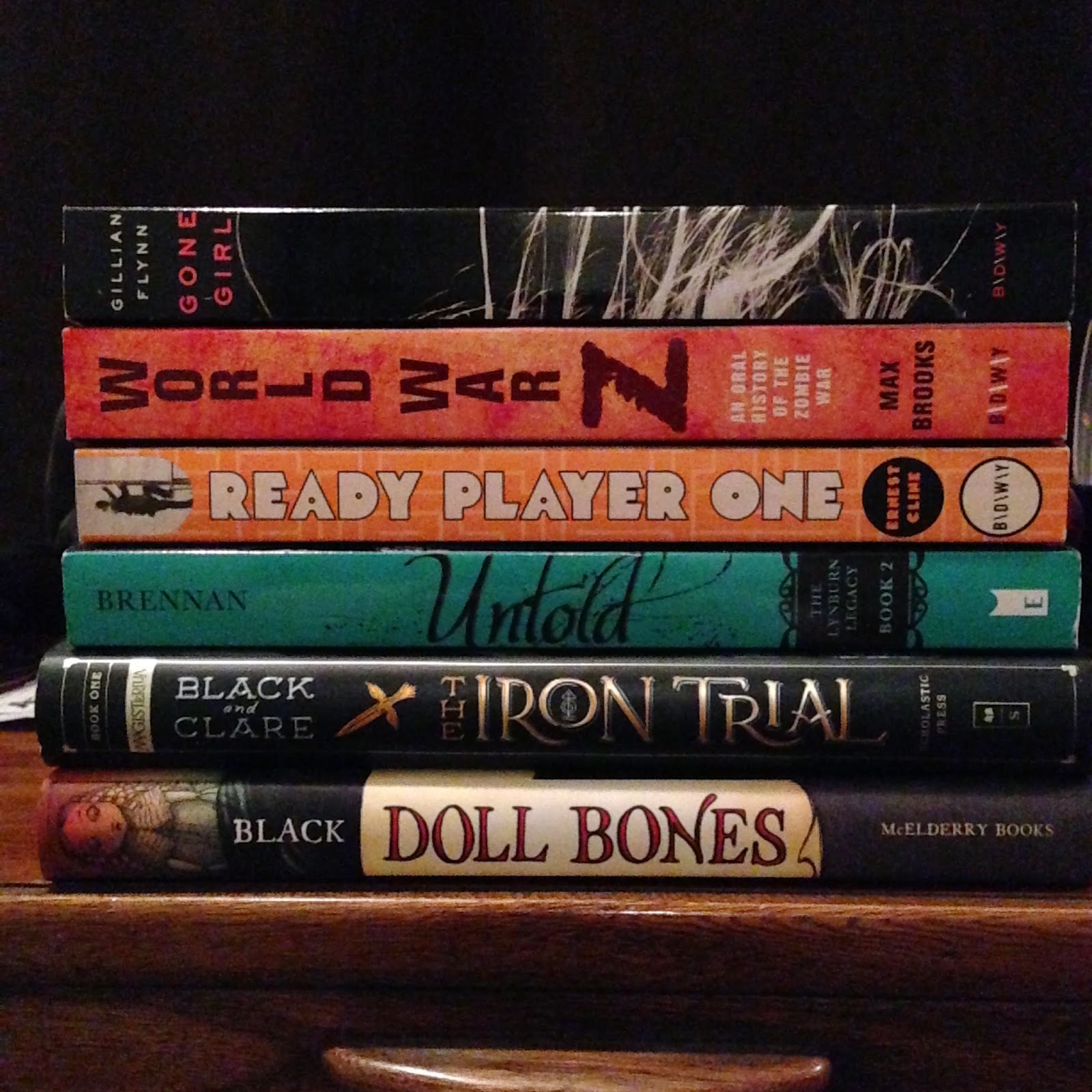 Ready Player One – Earnest Cline
This went on my list after I interviewed Jason M. Hough and he chose it as the book he’d like to wipe from his memory so that he could read it again. It was on my radar before that, but any book that gets a recc from that question goes to the top of the buy pile.


World War Z –  Max Brooks
One of my closest friends has been extolling this book for years and I’ve always believed her… I’ve just never taken the time to pick it up. Now I have.


Gone Girl – Gillian Flynn
I’ve been tiptoeing around this book for the longest time… but I found it for next to nothing, so I decided to give it a try. We’ll see if it lives up to expectations.


Doll Bones – Holly Black
This book.
I considered leaving it at that, but let’s just say, I’ve been looking forward to this book for too long to have waited to buy it for as long as I have.


Untold – Sarah Rees Brennan
You’ll see the first book in this series on the next list. I reviewed it last week and the book was wonderful enough I bought the sequel even though I know I won’t be able to buy the third for a year (a hard back copy would mess up the continuity of the series on my shelves)


The Iron Trial – Holly Black and Cassandra Clare
I would have bought this book anyway, but this article made me more eager to pick it up. So when I chanced upon it this weekend for a decent price, I grabbed it and added it to the pile.


Other Things of Note:


I’ve been fighting with the print cover of TRTH. The color was coming out all wrong which was really depressing. I get yet another version tomorrow (or maybe today if the transfer from UPS to USPS doesn’t get messed up again) So hopefully I’ll have that available SOON!


October has some pretty lofty goals! I hope I can get them all done.