Showing posts from February, 2016
Show all

I probably would have liked to get in another 9k, just to beat my 2014 w/c, but I passed last year’s count, so I’m calling it a win. I finished two drafts, revised two more, and did a lot of preplanning and other “get ready to draft” work.
Publishing:
2 books, one Free Flash
The first in my Clockwork Fairytales romance series. Beauty& the Clockwork Beast came out Feb 2nd and has been doing absolutely fabulous. Seriously, I can’t begin to thank all of you who’ve bought a copy enough! And I published another short story February 15th. Pugilist Dreams is a fun SF with hints of cyberpunk . It’s free to read thought Kindle Unlimited.

On the blog for Valentine’s Day, I posted an urban fantasy flash stor…
Post a Comment
Read more

7 Ways to Secure Your Place in Writing History 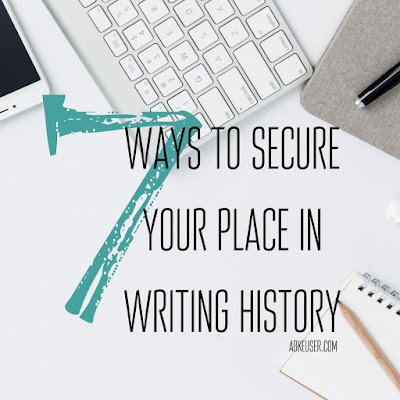 Be a dick –  Let’s be honest. The easiest way to live in infamy as an author is to be “that” person. You know the one. They do outrageous things, like stalk reviewers or spend all their time and energy bashing other authors—especially those who are more successful than them. When they’re not tweeting about their book and demanding that you buy it now, they’re trolling for attention. This strategy is a great way to gain attention and marks you as someone to watch. Do it right and hundreds of people will know your name. The fact that they’ll probably never buy your books shouldn’t deter you.

Throw your book at the heads of prominent figures –
It might seem like a good plan, but I’m pretty sure it could be mistaken as an assassination attempt. But hey, you’ll have tons of time to pen your magnum opus from behind bars after they determine you are a threat to others as well as yourself. Just think of the news stories though! 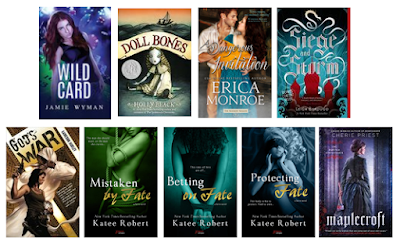 I managed to do better this year than I did in both 2014 & 2015 (I wasn’t even grasping at 2013’s total). Hopefully this is a sign of the year to come!
This month, I did something a little different, since I have my writing goals/tasts broken down into three categories, I used a chart to keep track of my totals. I like it, even though I started late. I think it will help me keep focus a little better next month.
Publishing2 print versions


This month was a catch-up game and I managed to get the print versions of two books up and out, and then a new chapter of Forfeit souls available, but I didn’t have a release planned this month, so we’re right on track with this one!
Blogging31 posts