Showing posts from September, 2017
Show all

The Disappearence of Flynn Monroe 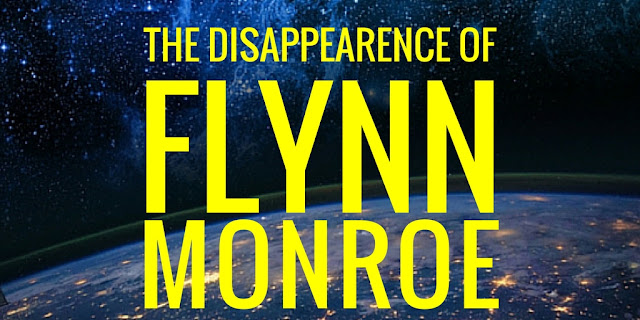 It came to my attention early this morning, that I spaced addressing the disappearance of Flynn Monroe (that’s not the title of the next book). Fact of the matter is: I meant to mention it, and then completely forgot.
(Yay, shoddy memory! Thanks, Idiopathic Temporal Lobe Epilepsy*!)
So, here’s the situation:
A short time ago, I pulled the Flynn series from all sales outlets. I did so in response to some quality concerns and have been working to correct those problems.
I plan to re release the series in the first quarter of 2018 (barring unforeseen circumstances.)
What this means for readers:
As all of the books in the series are able to stand alone, if you’ve already read books within the series, you won’t need to do a thing to read books 6+. Please accept my apologies for those errors you caught and know that I will do better in the future.
If you’ve only read some of the previously released versions, you won’t need to reread the corrected versions to continue on when they are released.
Th…
Post a Comment
Read more 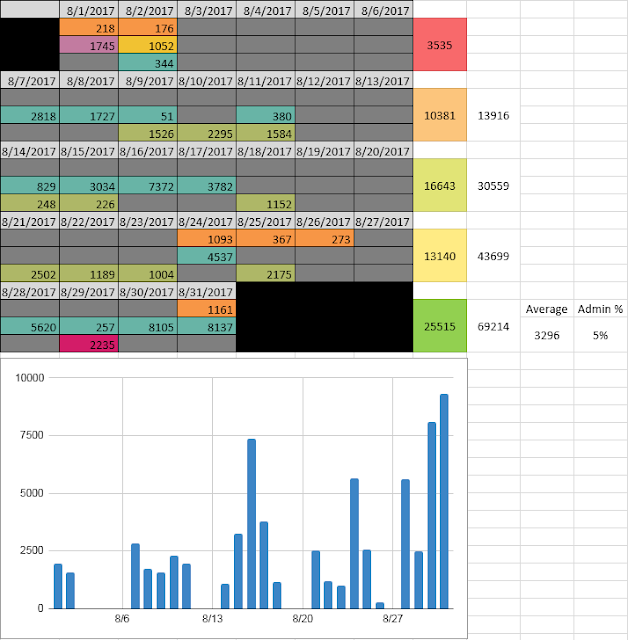 August was my third least productive month…. And I think we can blame that on actually being focused.
Words:69,214-words in 21 days
(Avg 3,296-words) 5 Projects + Admin
Saying I worked on five projects almost feels like a lie… like I should go back and edit the spreadsheet to show only the two that I worked on in excess and toss the others in with the admin.