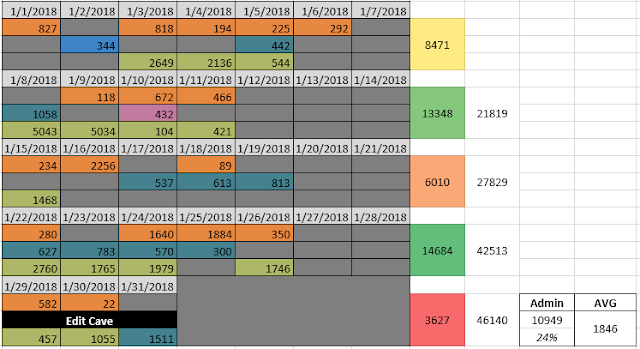 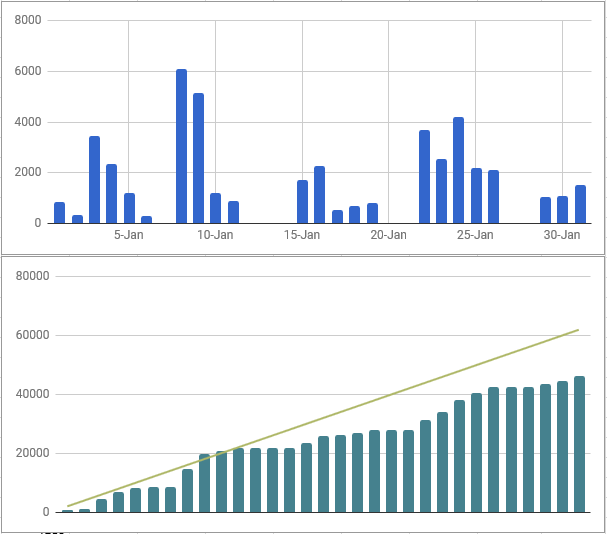 January’s Total W/C was better than 3 of the 5 years that came before.
Now, my ever-lofty-goal setting self isn’t super enthusiastic about that, because I wanted to be more focused. I wanted to get ALL the things done, but there were other things to do that required more time and less in the way of new words.

Books Edited: 2
It is amazing how one edit can take for-freaking-ever and the next goes by in a snap.


Along with everything else, I managed to almost finish two edits, one a final go through, one a first pass. Editing is always annoying and fun. Annoying because there are so many things wrong to be found. Fun, because I get to write myself angry little notes that would probably make someone else cry (note, on the rare occasion I do wind up doing a pass on someone else’s work, I always try to be nicer to them than I would ever be to myself.)


Ratings are up on GoodReads, I haven’t had the opportunity to review yet.


This year, I’ve decided to add in something a little different… Sales numbers.
Always a touchy subject, the “how much you make” thing is a weird one to reveal, especially as I am nowhere near being able to even touch the label of “midlist author.” In future months, I’ll likely speculate on why my numbers are where they are, but this time around, I really have no idea. I didn’t do any marketing other than just being (semi) present on social media, and it’s not a release month, so it’s not all that surprising that it’s right at my average (11)  for recorded January sales. 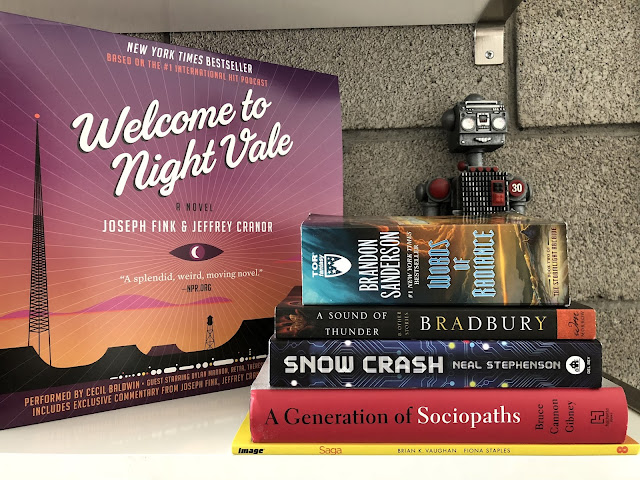 
Update on the Flynn Series


Barring something strange, I’ll start republishing books in the next month (more information soon!). The goal is to get one out there each month (with a single exception based on the editing needs of book 5) and then move on with the new books starting in December. Again, this is a best case scenario, but I’ve got my fingers crossed and a plan in place that should make that happen.
Editing My Writing Numbers Reading revisions Updates Writing