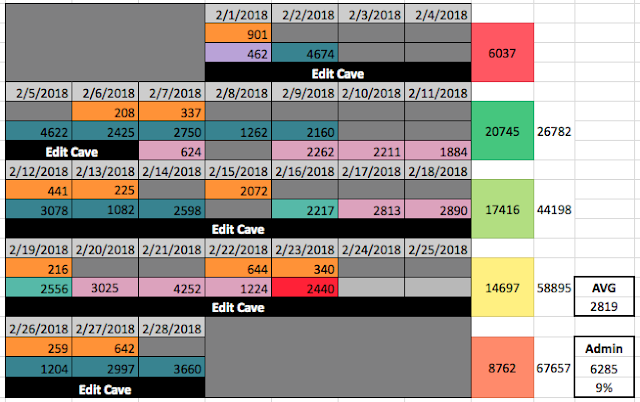 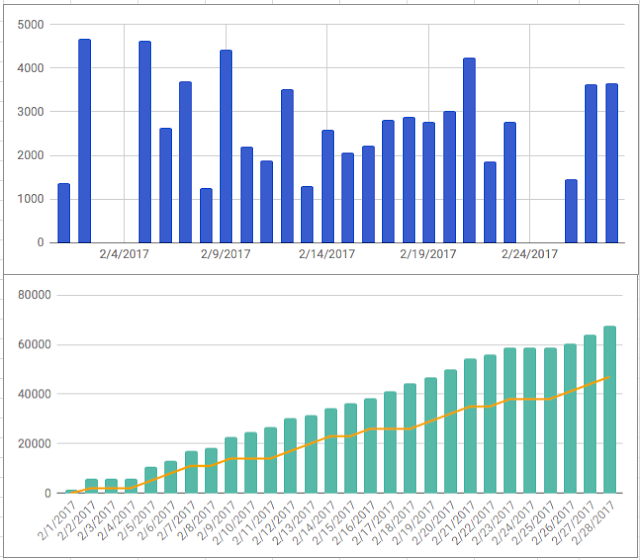 
Books Edited: 0
I spent a lot of time in my edit cave this month, but that, unfortunately didn’t see anything finished. I made definite headway though.


So… deep in my edit cave, there was no light by which to read. Kidding. I wound up getting a bit in on a new book, but mostly, my snippets and snatches of reading were confined to rereading scenes from a few books I love, and research articles.


When totalled the number of copies moved is about on average for February.


One of the things I was supposed to draft this month was the next in my Clockwork Fairytales series. However, after looking at the actual sales for that series, I’m afraid it’s going to have to be put on the back burner. As it sits now, the books--while working into each other--don’t need to be read in sequence, nor do any of them end with cliffhangers, so I’m not worried about that. But sales numbers do matter, and the last two books are doing poorly (100s of copies less than the second 2 and thousands less than Beauty & the Beast). So my retelling of The Little Mermaid is going to remain an outline and fully fleshed chapter map until my schedule lightens up and I can write it as my ‘fun project’. 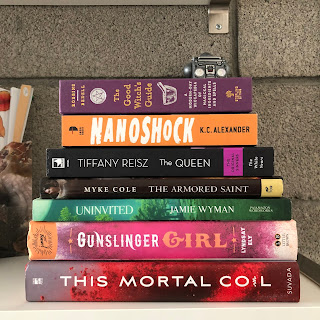 
The first two on the list are from book subscription boxes. I’ve cancelled them because I don’t hold value in the things that come with the books, so it makes more sense to remove myself in case there’s a waiting list somewhere… and so that I can spend my book money elsewhere, on more books.


I would swear to you that I owned Uninvited and The Queen. I would have sworn it until I was blue in the face… but apparently, I’d have been wrong. Either that, or I lost them**. Anyway, I have them now.


**If you snuck into my house and stole them, shame on you.