Being bad at things 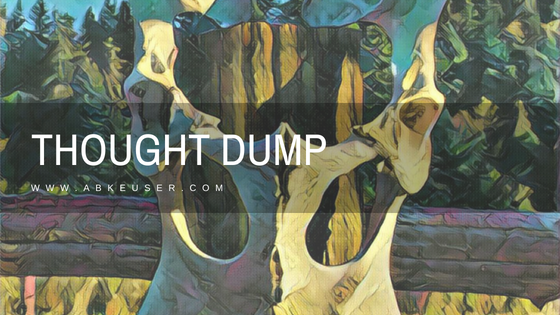 Being bad at things is so important.

As adults, I think we forget that we can be--and often aren’t allowed to be--bad at things. It’s like we reach a point where we’re programmed to think that if we can’t do something well, we shouldn’t do it at all. Like we have reached the end of the game and there’s no point in going back to earn extra skill points.

And I think that this is translated over to writing novels.

I don’t know about you, but my first drafts are a total mess. They’re ugly, full of holes, and often require a total frankenstein-ing to get into shape.

A while back, I’m not sure how long ago anymore, I decided that I was going to embrace that. And now, I write, messy, horrible, hole-filled first drafts without batting an eye. I sometimes refer to them as mad-lib drafts because often they are filled with (character 1) instead of names and more instances of (Figure this out later) than I should probably admit to.

And at first, i didn’t know if it was a good trade off, because edits are a PAIN now. They take longer, and I kill more pens. But I was going to do an edit anyway. I was going to do at least three. And allowing myself to write messy hell-drafts means that I can finish them in half the time.

I don’t obsess over the fact that I can’t remember what word I was looking for (thanks TLE). I don’t worry about the fact that I’m pretty sure the scene I’m writing right now should have happened four chapters back (I make a note and move on).

Letting myself be bad at the first draft has been a lifesaver.

Now… letting myself continue to be bad with a banjo…. That’s another monster.

Go out, be bad at things. It’s the only way you’ll get better.
Errant thought Opinions