Creating A Map Of Your World: Part 1 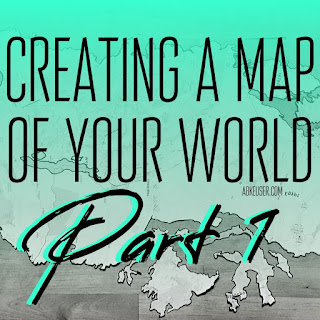 I’ve seen a lot of posts about how to make maps of your fantasy worlds.
And I thought I'd share mine with you.

Because this is a long-ish process, I'm breaking it up into four easy to follow parts over the next weeks.

Having a map of your own world can be useful when plotting quests, or just figuring out how things relate to each other spatially.

The maps I've created are almost exclusively for my fantasy worlds (In the Clockwork Fairy Tales as well as unpublished works).

“Imitation is the sincerest form of flattery” may ring hollow in a lot of cases. Here it is the most helpful way I’ve ever found to deal with coast lines.

Spend some time on Google maps. I suggest the map version, not the satellite one, just because it’s going to be a better, more solid line. Follow coast lines, look at the features you want and need.

Have a set of islands you need to put together? Look at the islands that already exist.

Need a bay or port? Look for those specifically.

Working with a polar region? Consider how that part of our world is shaped due to environmental concerns.

When I find the portions of our world I want to mess with, I do several screen shots.

At this point, use software of your choice (Paint works just fine) to clean up those screen shots, get rid of the random Google crap and leave behind only what you want. 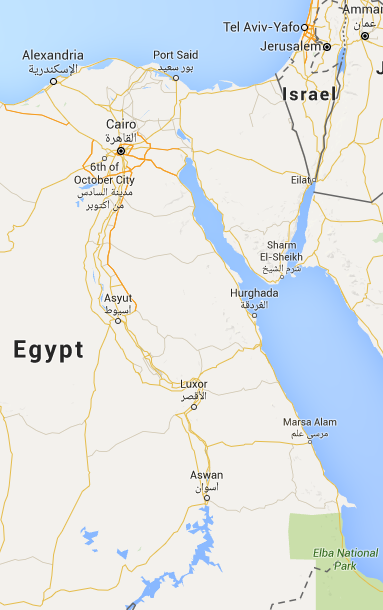 I can think of about 20 different possibilities for cutting up this slice of land....

Then it’s a matter of printing them out.

Do this in black and white, you won’t have these for very long.

With your pieces, it’s time to hop in your time machine and travel back to elementary school! Grab your safety scissors, a sharpie and have some fun!

Back in the present, the goal is to turn your chunks of map into land masses that make sense for your story. This is where the sharpie (or unbranded marker of your choosing) comes in.

If you’re following a coast line to a river and then making the river the continuation of that coast line, you want to have that pretty easy to follow as you go to town with your scissors. Giving yourself a thick line to follow is going to make your life easier.

After that, get to cutting! 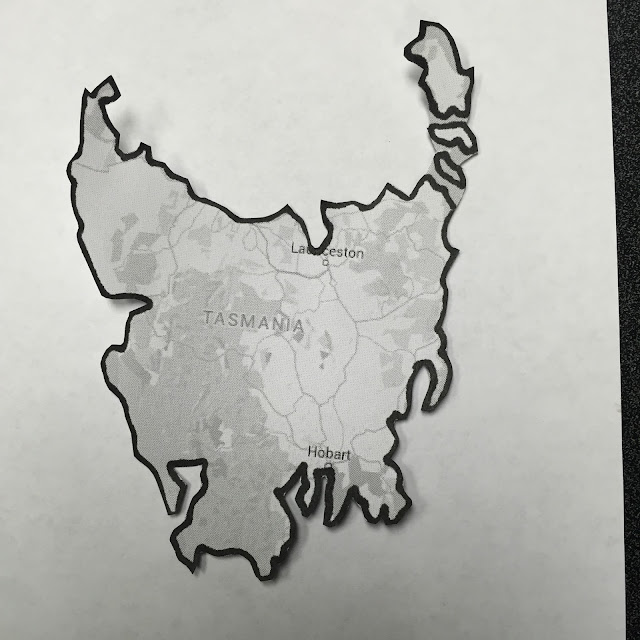 Tasmania's pretty awesome as-is ... but playing around with it gave me the more sinister look I wanted.

Piece it Back Together in Your Own Image

You may have a bunch of tiny pieces. If that’s the case, you’ll probably want an envelope on hand to corral them while you get everything else cut up/out.

Now pull out your glue sticks and/or tape. 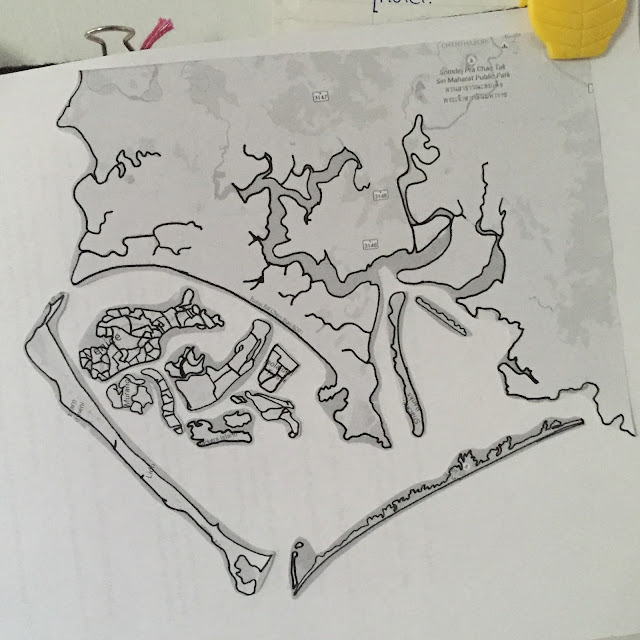 This part is SUPER important if your map has a lot of islands.

For smaller maps, I will glue/tape these pieces to a piece of plain white paper. (scrap paper is fine, as long as it doesn’t have a ton of stuff on the back side.

For larger maps, I just tape each piece to another and then flip the thing over and lay down a lot of tape for to keep it from shifting.

Now, if you’ve got a big map going, you may need to fill in the center with other paper, just to keep the thing stable. 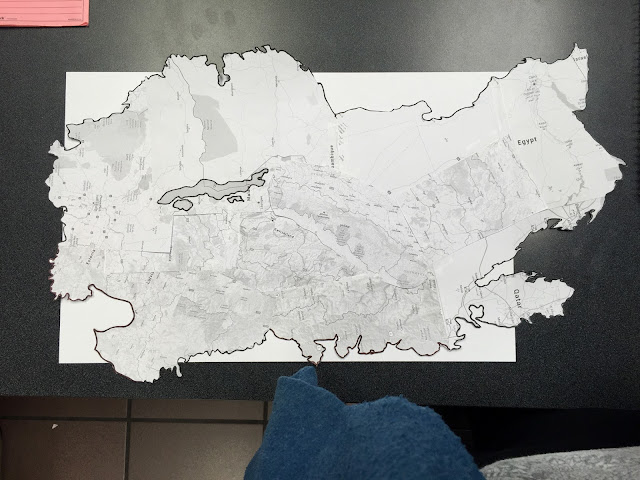 
Et Voila! You have the beginnings of your world!


Check back next week, for Part 2