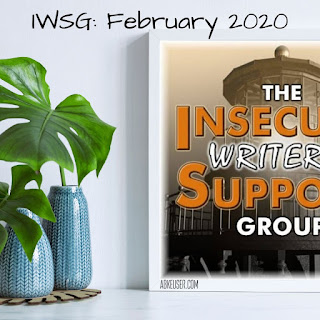 Does anyone else feel like January was a bit of a wash?
Maybe it’s because I spent the last week of it sick as anything, or maybe it’s because I wound up 5,800-words shy of my word count goal.
I don’t know. Something about the month was vaguely disappointing.

Has a single photo or work of art ever inspired a story? What was it and did you finish it?

Most of the time, if a photo/work of art inspires me, it’s for a specific setting/character/scene. Sometimes, it’s just the general feel that pulls me. But it’s rare for a single piece to inspire the entirety of another in me.

Back in 2012, a local magazine decided to put out a call for exactly that. They asked for short stories and poems based on (your choice of) a single item housed within the Phoenix Art Museum. I thought it sounded like fun, so I took a walk and meandered the halls, looking for something that spoke to me.

One inspired a long form poem that was vaguely like The Last Five Years.

The other was this: 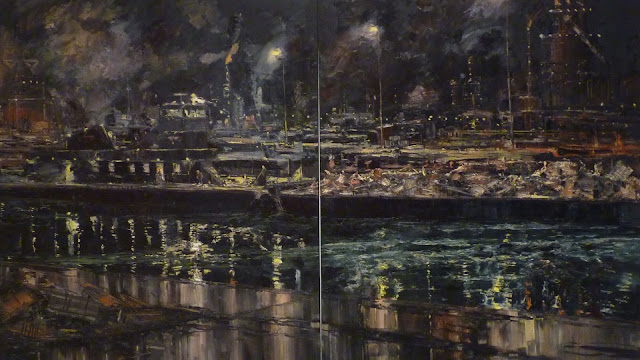 If I can remember, I’ll grab the title and artist’s name before this goes up.

This pair of canvases was kind of off to the side, not hidden, just not really in a spot light. But when I saw it… I knew it was the one I needed to write about.

Now, that story did not get picked up by the magazine, but I did finish it, and I’ve often thought about pulling it out of mothballs and getting it back into shape to see if I want to publish it myself or shop it again.


In case you missed it:

I talked about imploding whole chapters to make a book better.

It’s super easy to create your own fantasy world maps