- April 01, 2020
We’re officially in the last for-sure nice month here in Phoenix, as far as temperature goes. Next month might be great, but it also might be rubbish. Meteorology is a pseudoscience, and there’s really no telling what May will give us.
This year, that almost doesn’t matter.

Normally, I’d be trying to get myself ready for the air-conditioning-all-the-time months to come, by spending as much time outside as possible. WiFi extenders mean I can take the laptop into the garden and write to the sound of mesquite leaves falling on the sun shades, which is more like rain than you’d expect. But going “out” is obviously a thing of the past.

At least the dogs are definitely a fan of this time of year no matter what.

While the coming summer months are good for writing, they are brutal, but I imagine they will make a prolonged “stay at home order” or “shelter in place” a teensy bit easier for those of us who live in this particular oven.

On a much happier note: I have a new book out!
Better yet, It’s free until Friday!

So pop over to Amazon and grab a copy of my space western, SLOW BURN DARK. 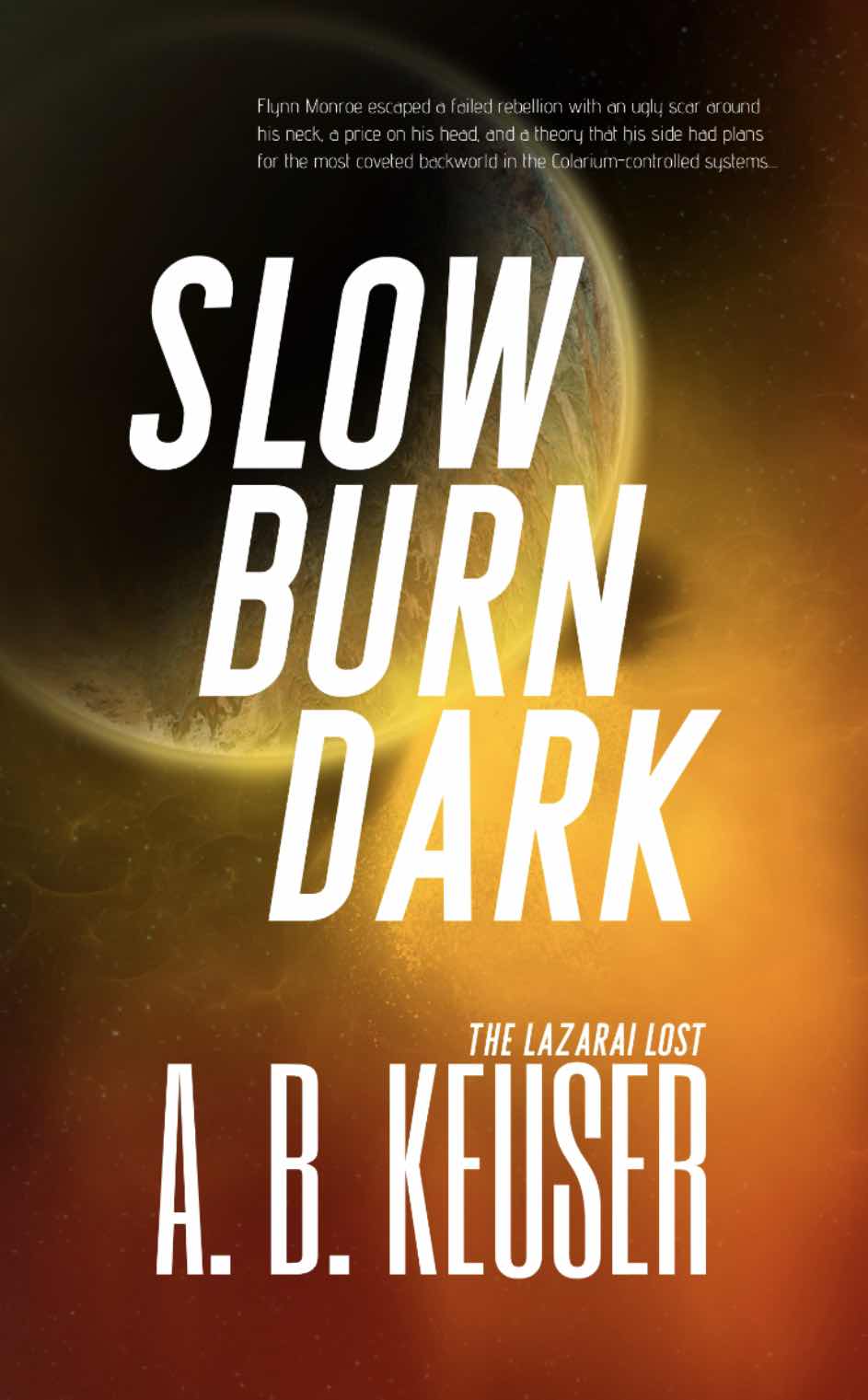 Flynn Monroe escaped a failed rebellion with an ugly scar around his neck, a price on his head, and a theory that his side had plans for the most coveted backworld in the Colarium-controlled systems. But three weeks on the planet has unearthed nothing except the usual five hundred thousand pounds of UPD-5: the most powerful--and dirtiest--way to fuel a starship. The mines might be the reason his ex-commander set their sights on the planet, but the list of potential crimes scribbled on his junkyard ship’s walls aren’t yielding answers. His new neighbors are focused on terrafarm feuds and union disputes, not a reignited war. And Flynn can’t warn them until he figures out what, exactly, Archimedes Holzen has planned.

Anointed by an ancient religion, Kathrynn Monroe sees futures in the patterns of nature, but the Great Mother’s gift turns lies into phantom blades against her nerves, and lovers fear her when they learn the discipline she follows. She saw her best friend’s plot to murder her twin too late. Her interference cost another’s life. Flynn is gone, the rebellion they both served has traded tactics for blind revenge, and the probabilities of destruction tick higher every day. She needs to find a future that keeps those she loves alive. One that stops the Lazarai from destroying a planet--and everyone on it.
IWSG Lazarai Lost My Novels