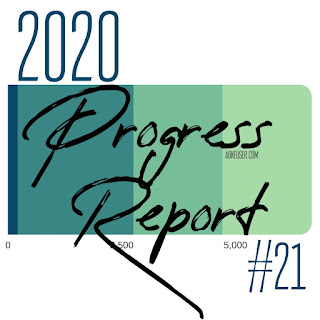 So, because these counts are totalled from Friday to Thursday, and because I started memorial day weekend out by spending all day having my leg tattooed, the first 4 days of word counts for this progress report are a string of zeros. It’s really weird working on a laptop when you only have half a lap.

I did get one book’s fast draft done, and it’s been added to the stack of “OH MY GOD WHY HAVEN’T THESE BEEN EDITED YET.” Which is nice. There’s a scant five thousand words until it meets the bare minimum count, and I imagine going through the mess of the fast draft is going to give me more than ample opportunity to get that done.

Some weeks the pages bleed, others…. The pens got a rest this week (partially because I am in the habit of sitting on the floor while editing, and little puppies with little claws like to pat and push and lean on my legs, which is not a good plan when you’ve got a brand new tattoo from hip to below the knee.

I’m going to have to clean my kitchen table and set up shop there this coming week. (My desk just doesn’t have enough space to spread out.)

Along with my current habit of rereading things I’ve already read. I picked up Half a King by Joe Abercrombie again and It’s likely I’ll actually finish it this time.

In watching news, we wrapped up our James Bond marathon, and my thoughts are not charitable toward the early Bonds. Dalton’s first film is the point at which things start to turn around (though Licence to Kill was not a favorite) and It clarified that Daniel Craig’s first two films are still probably my favorite, though Goldeneye does hit that nostalgic nerve, and Michelle Yeoh in Tomorrow Never Dies is still one of my favorites.
But good lord the disgusting age differences in those early movies….
Progress Report